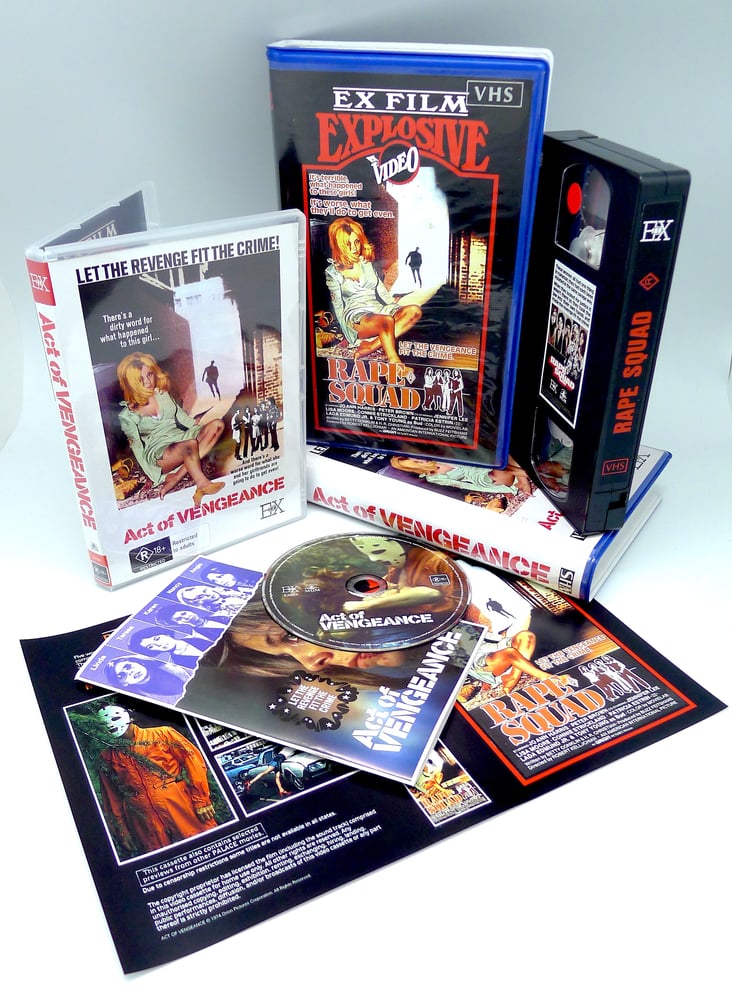 Five women all had one thing in common: they had each been violated in the same savage way. When they looked for justice it wasn’t there, so they took the law into their own hands. Let the revenge fit the crime!

One of the rarest titles on Australia's Palace Explosive Video label, this notorious grindhouse classic from 1974 makes its return to Australia, 32 years after it vanished from sale under its original title, Rape Squad.